With the release of Patch 2.2b for League of Legends: Wild Rift we are getting a lot of new and exciting changes in champions, runes and items. Patch 2.2B primarily focuses on the release of the two jungle assassins Rengar and Kha'zix and changes to the duo lane alongside systematic changes. First and foremost, Rengar and Kha'zix will come out on May 6, and we expect them to be dominating in terms of jungle presence, roaming and ganking capabilities. They are expected to be very powerful picks in the jungle, so make sure you learn them as soon as you can.

Next up, a lot of ad carries are being nerfed and buffed. Expect to see a lot more of Ashe, Tristana, Varus and Xayah in your games. Finally, there are also some systematic nerfs to enchanter items, cloud and fire drakes and the barrier spell. This patch will more than likely be dominated by tank supports such as Leona, Braum and Alistar as they offer crowd control and tankiness to the team.

Last but not least, Wild Rift introduces a new game mechanic around Rengar and Kha'zix that directly impact the gameplay of those champions. It's stated that a lot more of those unique mechanics are going to be introduced eventually. We are thrilled and excited to hit the Wild Rift with those changes.

A rundown of this patch can be seen on SilverNova's YouTube channel:. 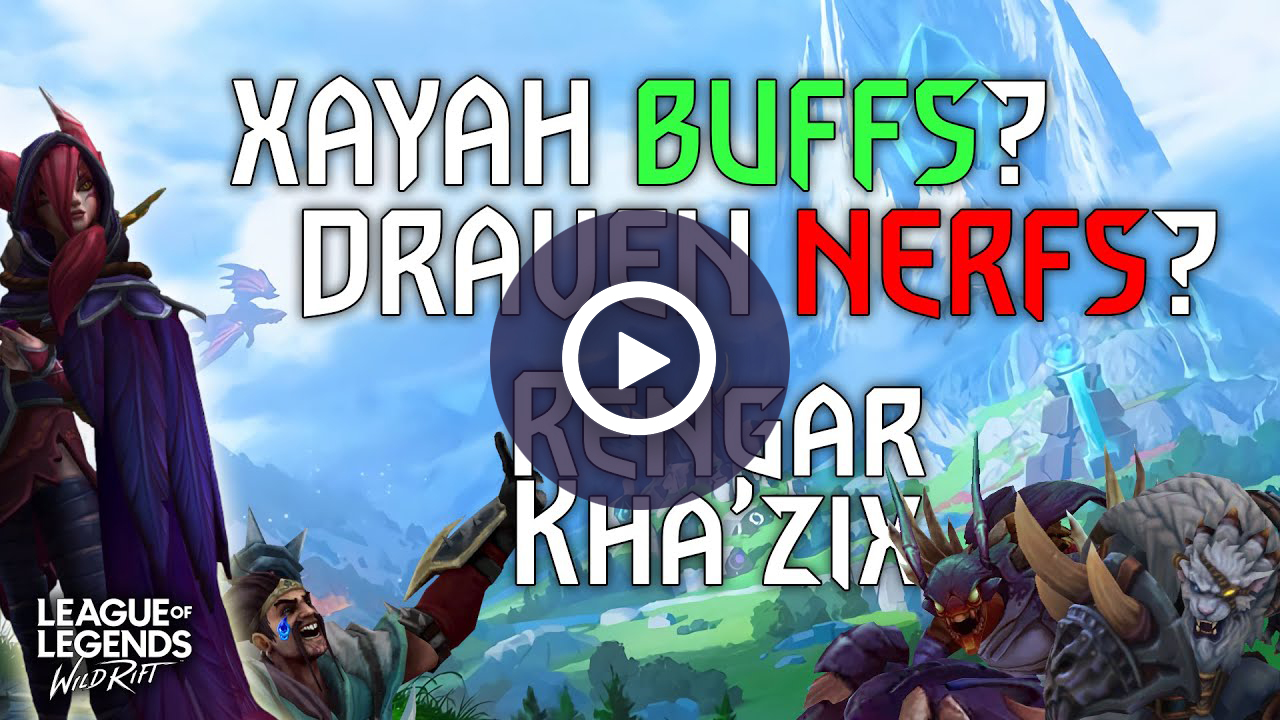 SilverNova
Moderator/Challenger
SilverNova on Twitch SilverNova on YouTube
SilverNova is a swedish Challenger player since season 2 and knows LoL: Wild Rift in and out. He wreaks havoc on Zed and Evelynn and is moderator for wildriftguides.gg.