Rengar is one of the new champions coming to Wild Rift. Because of his high carry potential and dangerous gangs he is a solid pick when not one of the best. In this guide I will show you how you can dominate every game using Rengar.

The first item you want to buy in every game is

Long Sword . It provides you with 12 Attack Damage which is great for cleaning the jungle camps as fast and possible.

As you are recalling the 1st time you have 2 options to build your 1st item. You can either go for

Youmuu's Ghostblade or go for

Black Cleaver . So when do you buy which?

Youmuu's Ghostblade if the enemy team has many squishy targets like

Orianna which you can easily out catch with the bonus movement speed given by the passive.

Thrill Of The Hunt and has helpful stats to assassinate your opponent.

Black Cleaver if the enemy team has many tanks like

Alistar where you need the armor penetration to kill them.

Savagery and the stats help you to sustain in a team fight.

Trinity Force is one of the best item you can go for Rengar. It provides you great stats like Attack Damage, Attack Speed and especially Ability Haste which helps you stack up Ferocity even faster. It's a must-have on Rengar.

Sterak's Gage is the item I go for in 95% of my games. It provides you with stats like Attack Damage and Max health but the main reason I go for it is the passive. Lifeline is great because it provides you with 75% bonus health for 3 seconds which is huge when u want to engage and disengage to secure a kill for your team.

Guardian Angel is also a good item to built on Rengar. The passive is just amazing because you have a 2nd life with 50% of your base health after you die. That can have a huge impact in a team fight because after 4 seconds of stasis you can help your team again. If the enemies have much Attack Damage in their team u can also switch

Sterak's Gage so you have the +40 Armor earlier to sustain against the enemies.

Spirit Visage is the last item I have in the build. It has useful health stats as well as magic resistance and ability haste. It's a good item against Ability Power Champions and I prefer it over

Force of Nature because the passive of

Battle Roar so you can get more heal from the ability. If the enemies team has more ability Power than Attack Damage you should buy this item as your 3rd item, so the enemies can't kill you that easily. If they don't have Ability Power you should buy Armor instead because it will increase your sustain against the enemy team.

Duskblade of Draktharr is an item that can be good if you are fed(1500 gold more than the enemy). Then you can go for it as your 3rd item because it will increase your damage and synergizes well with

Thrill Of The Hunt . Else don't go for it because you will be too squishy when you don't go for a defensive item.

Thornmail are two items which you can build if the enemy team relies on Attack Damage.

Randuin's Omen is the way to go if the enemy team has 2 or more crit Champions. If they don't, you should go for

Thornmail because it has more Armor than

For the 2nd tier boots you can either go for

Mercury's Treads should you buy when the enemy team has many Crowd Control or  Ability Power Champions.

Plated Steelcaps should you buy when the enemy team has many Attack Damage Champions.

For the 3rd tier boots you can decide going for

Redeeming Enchant are the best Enchantments you can go for. You choose the one that the supporter of your team didn't buy because the effect of

Redeeming Enchant is reduced by 50% when the same effect was used in the last 20 seconds.

Stasis Enchant is the way to go when you want to block abilities like Camille, Zed or Fizz Ultimate.

Brutal is the best domination rune for cleaning the jungle as fast as possible. You can also go for

This is the combo you want to use to farm Ferocity

This is the combo you want to use when you gang a lane. Because Thrill of the Hunt always activates Unseen Predator when you Auto Attack you don't need to be in a bush to reach 4 Ferocity

This is an advanced combo to cancel the animation of Bola Strike. Practice it before using it in an actual game Before level 5 you are bullying her. When she gets

Shyvana is an easy matchup because if she uses

Dragon's Descent you can just escape with evolved

Thrill Of The Hunt and without ult Shyvana is useless

Kinda annoying because you can't kill champions when Lulu is using

He can be annoying sometimes when he uses

Battle Roar or he just uses

Unstoppable Force on you

If you come to close to Darius, he's just going to use

Apprehend and you have to burn flash

Zed can be annoying when he pokes you with his combination. His

The Hextech Ultimatum to kill you but when you have

Stasis Enchant you can block it 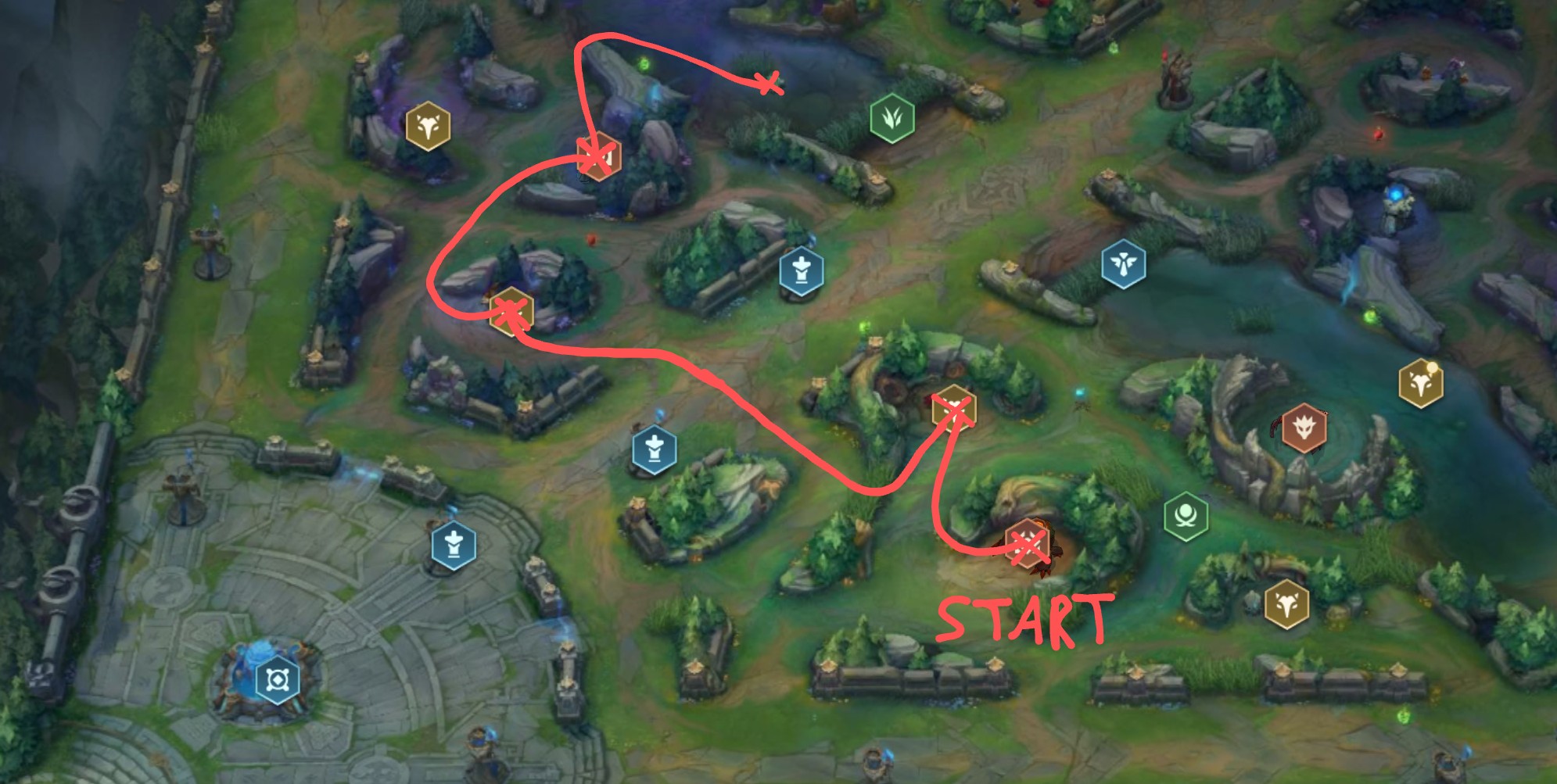 That is the standard pathing for Rengar. You start at red, go to raptors and then go to wolves. When you are at the wolves you should bait them in the direction of the blue buff by going a little closer to the blue buff after every Auto Attack. After wolves, go to blue and then to scuttle. After scuttle, you have 3 options.

Option 2: go the risky way and take the krugs from the enemy side of the jungle, so you level up to level 5

Option 3: go the safe way and take the gromp from your side of the jungle, so you level up to  level 5

Unseen Predator on a jungle camp. Herald is the only objective where you can hit your

Unseen Predator  because his hit box is bigger than dragon or baron hit box. With your

Thrill Of The Hunt you can also hit dragon and baron, so he's great in stealing objectives. It might help you to know the spots to clear the jungle even faster.

2
reportjungle
Thank you for your feedback. I'm always happy to see people liking the content I make. 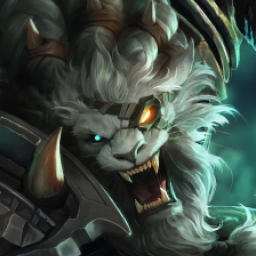