Showing you how to dominate SoloQ with AP Mid Malphite. You can also use him in the baron lane, but I prefer mid lane as champions are more squishy there.

Remember that your goal isn't to get a massive amount of kills. Your goal is to not die. If you have less than 3 deaths by the end of the game - You have carry potential. Otherwise you fall off and become less useful in the later stages of the game. 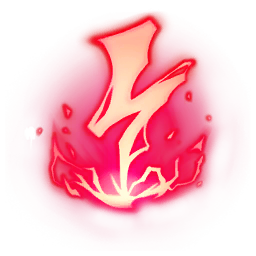 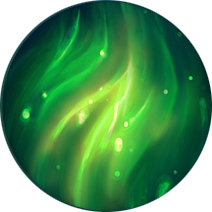 Good for burst of damage after your

Gathering storm is a good rune as you will be most useful in the mid/late game when you've gained some items and a lot of AP from GS.

Granite Shield which will save a lot of your health

Flash
Always take flash. Used to engage or disengage before or after your ultimate.
Ignite
Ignite is basically the best 2nd summoner as you are essentially picking Malphite to one-shot enemies. This will help you do that. Super squishy target, which is chum for you. Once you get

Luden's Echo you should pop her buns very easily. Stay away from her

Light Binding as it stops you from using

Unstoppable Force and allows her to combo you.

Oh, what's this? A free victory? Oh yeah, it is. GGWP Seraphine. Has little damage, no shields, resistances or health and no escapes. Literally the dream for Malphite players.

Seismic Shard and if she uses

Twilight Shroud you can just fly into her smoke and use

Ground Slam to kill her. Just keep your distance, poke and engage when she is low

Same as Seraphine. Squishy, no health and low damage. His gold card doesn't work against your

Unstoppable Force . Poke, and then finish him.

She is easy before level 5 as her

Disintegrate can be avoided by hiding behind minions. However, after 5 she will use

Summon: Tibbers to stun you and delete you with her combo. You have to make sure she doesn't get that chance by engaging first.

Play aggressive in the early game - Play defensive after 5. Focus her in team fights.

Seismic Shard . After you both reach level 5, he has a bit of an upper edge as he can throw you back with

Voice Of Light and then stun you with

Starsurge , which stops you from sticking on to him. I recommend being as aggressive as possible in the early stages and after you both get level 5, just poke him if you can and then kill him. If you can't then focus on other lanes, and just prioritize farming minions at mid.

Very annoying as she can poke you from behind minions with

Orb Of Deception . If she hits you with

Charm then she will more or less force you to recall so make sure you stay behind minions to avoid that. After your level 5, you should be able to poke her down with

Seismic Shard and kill her with

Just be careful early game. If she gets a few kills it will be hard to take care of her.

Orianna is one of the best pokers in the game, and can bully you with auto attacks and electrocute or aery. Play safe until level 5. After that you can poke her with

Seismic Shard and run away. You should be hitting through her

Command: Protect . Counter her with

Unstoppable Force when she uses

Command: Shockwave as Malphite is unstoppable when flying in/out.

If you stay behind minions - There's nothing he can do until after level 5. Your

Granite Shield will eat all his

Razor Shuriken and he will have very little damage against you. Just make sure you don't die in the early phase as he can snowball out of control by roaming into other lanes and coming back to lane as a giga fed assassin.

Tips for playing against Zed;

Stasis Enchant to counter him after level 5. Until then, just poke him with

Seismic Shard . If he engages on you, use your combo quickly and run away. Be wary that he can dive you under turret with the help of

Playful / Trickster if you have low health.

Also be aware that he can dodge your

Playful / Trickster , so make sure he has it on cooldown before you fly in. Malphite is shielded by a layer of rock which absorbs damage up to 10% of his maximum Health. If Malphite has not been hit for 10 seconds, this effect recharges. Very useful in early game to take damage like

Malphite sends a shard of the earth through the ground at his foe, dealing damage upon impact and stealing Movement Speed for 3 seconds.
Bread & butter for poking. Super powerful late game for finishing enemies.

Malphite attacks with such force that it creates a sonic boom. For the next few seconds, his attacks create aftershocks in front of him.
Used for clearing waves or after initiation

Malphite slams the ground, sending out a shockwave that deals magic damage based on his Armor and reduces the Attack Speed of enemies for a short duration.
Useful for clearing waves due to Area of Effect (AoE) damage.

Malphite launches himself to a location at high speed, damaging enemies and knocking them into the air.
Your main ability. Used to engage or disengage from fights.

1
Sincerity
Thanks for the guide, wouldn't sweet tooth be better than Mana flow tho? It's a broken rune.
Show Replies

10
SilverNova
Sweet tooth can be used as well. It is really up to personal preference.

2
Zurk
Thanks for this im almost at emerald rank. I played againts nasus and he cant do anything to me because i just spam Q and poke him
SilverNova on Twitch