Hello! I'm Derpghost, a Plat player that mains Ziggs, here to spread the joy of explosive yordles. This build routinely gets me a truckload of assists and the honor of 'Most Damage Inflicted.', and I hope to spread it's terror across all of Wild Rift.

The key items of this build, to me, are

Rod's important to pick up as early as possible to start getting Veteran stacks, and Liandry's is a great second pickup; that % health DOT really racks up thanks to the constant amount of firepower Ziggs can put out and the movement-hindering effects of

Hexplosive Minefield . Deathcap is self-explanatory; a sheer AP boost is a sheer AP boost. Luden's Echo works wonders later-game, if you time how you use it well.
For Boot enchantments, Stasis is the popular recommendation, but I prefer Mercury; that added boost to escape CC and be able to book it out of an enemy's gank is great for survivability while having a relatively low cooldown. Ionian Boots of Lucidity is generally the way to go; Ziggs likes to be able to toss out his abilities as often as possible.
After picking up his core items and boots, Ziggs can work well with a handful of other Magic item choices;

Infinity Orb is good for finishing off runners, something Ziggs is weak at.

Awakened Soulstealer can let him use his ult even more often, which is always nice.

Void Staff is good lategame to keep up his damage output against foes who built magic resist, and 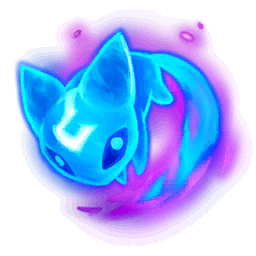 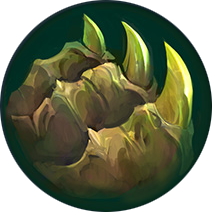 This runeset is the go-to for any aspiring Ziggs.

Summon Aery is both good for that extra chip of damage and for helping your teammates from the backline.

Brutal is great for that extra bit of penetration and early-game damage edge, though

Bone Plating is a godsend for surviving getting dived and combo'd on.

Manaflow Band is self explanatory; Ziggs loves any drop of mana he can get to keep up the wave of firepower.

Flash
Take it. Please. You need Flash.
Heal
A solid pick for the heal. The speed boost is nice, too.
Barrier
Good if you're quick on the draw against sudden ganks or takeouts like a Zed, Jinx, or Fizz ult.

An odd thing about Ziggs is his lack of a proper combo setup; there is no recommended order to toss out his abilities, as they don't chain off of each other unless you are either very skilled, or very lucky. (I.E. using

Satchel Charge to knock someone into

Hexplosive Minefield ).
However, something very important to remember is

Short Fuse . Always, always use that empowered attack before you start throwing out other abilities whenever you can, so that you can use it again faster. Vital boost for lanepushing. Aurelion Sol comes down to 'can you keep your distance from this dragon?' If the answer is yes, you're doing pretty good. Their stun can hurt if it hits, but hurts a lot less if they aren't close enough to follow up with

Center Of The Universe , and even then

Satchel Charge can blast you right out of the danger zone. Do be careful of their ability to hurt you behind your minion shield.

Pyromania is spooky, but only if you don't play carefully. They lack the range to do any super consistent damage, and even the dreaded

Summon: Tibbers stun is thwarted with a good

Satchel Charge . Still, be wary of

Molten Shield chipping you down, and any Annie worth her salt can still try and flash-stun you.

Ahri is tricky, but manageable if you keep an eye on their movements. Keep your distance and don't be afraid to hide under your turret if they're a good shot with

Spirit Rush being used to catch you out.

Fizz is unpredictable, and nobody likes that. Be wary of their combos, but also know that

Bone Plating is a godsend for surviving them. Be careful about your mana usage against Fizz; Playful/Trickster lets them dance around [ziggs:2] and

Hexplosive Minefield , and trying to beat them at waveclear in early-game is a uphill battle, so don't doom yourself to some too-early recalls. Obligatory 'watch the hell out' for

Crescent Strike deals enough damage to keep you on your toes, and with a

Lunar Rush combo it's to be feared, moreso when they reach

Moonfall . Keep your distance and be mindful about using the minions as a shield to avoid getting hit with Moonlight, and keep a

Satchel Charge ready if you think they might go for their ult.

Galio is an issue for a few reasons. One,

Winds Of War has enough range and damage to keep up pressure on a Ziggs (and make your bone plating get sent to cooldown). Their

Shield Of Durand and

Justice Punch can one-two punch you into a world of hurt, and leave you wide open for any passing enemy jungler to hop in and finish you off even if you manage to get away.

Hero's Entrance also adds the potential of them crashing down on you as you try to push turret while they're out roaming, leaving you dead in the water if you can't book it fast enough.

They aren't even a midlaner, but god dammit, Rengar will eat you for breakfast. Hide. Hide and cower. I would tell you to never leave turret until you're Sure they're on the other side of the map, but staying under turret won't help you either. They will literally just jump you under turret, kill you, and run off. Be afraid of Rengar. Be so very afraid.

Lux Mid is to be feared as Ziggs, but it really comes down to your ability to dodge

Light Binding and knowing when to keep your distance. Exploit the hell out of Lux's cooldowns to farm up on minions, and avoid tossing firepower at em until

Prismatic Barrier 's shield wears off so your ability doesn't go to waste. Also, never retreat while running in a straight line, because Ziggs has two main aspects that define his playstyle. He is fragile, and he is very good at outputting damage from long range. Ziggs is at his best when he's behind the charge; surrounded by teammates, hiding behind them as he lobs bombs onto the enemy from the edges. To get caught out, ganked, or focused as a Ziggs is to perish quickly. Out without a bang, which is a terrible fate. He suffers from not being able to escape combat easily;

Satchel Charge is an okay option, able to launch you over walls and decent distances while knocking the enemy back, but a botched or panicked placement can make it useless or even seal your fate to be smashed by that Darius over there.
When Ziggs is safe, however, whether under a turret or behind a teammate, he is a nightmare.

Bouncing Bomb is spammable as hell, and

Hexplosive Minefield are great CC and AOEs. It's hard as hell to push turret on a Ziggs who knows what they're doing, and it's even harder to defend a turret from one. Let's get a bit in-depth, shall we?

Ziggs is a master of the lane; there are few other champs quite so good at both defending a turret, and shredding one to rubble when given the chance. However, Ziggs is also very weak indeed in the earlygame. So how does one little yordle survive the harsh world of midlaning, with nothing to their name but large amounts of heavy explosives?

This is *incredibly* important. Ward the river as often as possible. Don't try to push turret before it's defenses lower. Never too get close to the enemy midlaner. An uncautious Ziggs is a Ziggs who feeds. If you think you're in an unsafe position, keep your

Satchel Charge ready to use as an escape. Never chase for kills, either; Ziggs sucks at it and you'll just find yourself walking into danger.

It's veeeery tempting to toss all your abilities out constantly at the enemy midlaner and at minion waves, but with Ziggs, mana is a precious resource. Until you pick up

Rod of Ages and get some of those sweet Veteran stacks, be sparing with your abilities and how you use them, moreso

Short Fuse to waveclear and chip at the enemy, and reserve your other two abilities for escape options unless you're guaranteed to hit the champion with them. Heading back early because you ran out of mana gives your foe a chance to get the edge.

I know, I know, the Midlaner is supposed to roam and help out in Top and Bot lanes after a bit. Ziggs, however, really, really needs gold, and trekking through river to try and hop in on a fight is also not playing it safe. Until you get

Liandry's Torment , try to stick around and farm instead of roaming, with the exceptions of dragons or maybe rift herald. Do, however, take advantage of

Mega Inferno Bomb 's stupid huge range to blast at ongoing fights where you can without stepping too far away from safety.

Now this is the good part. Ziggs, when it comes down to it, does not care about kills. What he cares about is dealing so much damage the enemy turns tail and runs before they get close to the fight.

Zigg's main advantage in a fight is his range; you have no business getting within melee range of an enemy, ever.

Short Fuse deals good damage, but don't sacrifice your safety to land it unless the enemy is clearly preoccupied. Satchel Charge and Minefield are great for keeping anyone who looks ready to stab you away, and just spam Bouncing Bomb constantly.

Zigg's capacity for crowd control is oft overlooked, but his 2 and 3 are powerful stuff. Use them without hesitation to keep enemies off turrets, allies, and epic monsters, to throw wrenches in their positioning, and to keep racking up that sweet sweet Damage. Remember that Satchel Charge can hang around for a second or two before exploding; it's a good deterrent to keeping someone off a particular spot if you don't detonate it right away.

If you aren't joining on a turret push, then you aren't using your Ziggs power to full capacity. You are a siege's worst enemy. Remember to toss around your 1 and 3 to recharge

Short Fuse faster when trying to mow down a turret, and place your

Satchel Charge a little bit before the turret hits the 'can be instantly wrecked' threshold to blast it as soon as possible. If you think you can be sneaky about it, use the jungle as a route to get to low-health turrets and obliterate them with your 2 without having to push that lane solo.

Mega Inferno Bomb is powerful. Very powerful. When should you use it? Literally every chance you get and you think you can hit somebody. Tossing it in a teamfight is a surefire way to turn the tides of the battle. It's also, if you're good at predicting movements, a great finisher on recalling foes. Or even just a way to scare the enemy team off a spot for a second.

5. Stay With Your Pals

With the exception of the aforementioned 'sneak up and bust up low health turrets', Ziggs should not be traveling alone, ever. Stay with the team, or in a tight spot where your inhibitor turrets got destroyed and it's risky to leave the nexus alone, stay back and defend. No matter how much damage Ziggs can do, he can't really win a trade with no backup and no turret. You are a force multiplier, but on your own you might as well be bait.

Comments
Look at the nice things other people said!
You must be logged in to comment
No Comments yet